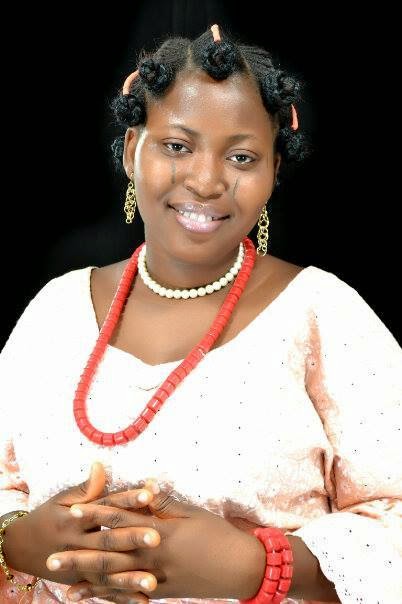 OLORI: THE UNITY I WANT, IS THAT OF PURPOSE


‘Those who cannot defend the past conquest cannot fight for new ones’
-Leon Trostky.

Greatest Ife, I salute your doggedness and resilience in the face of anti-students conditions manifesting on campus. How else can we describe the state of electricity supply, poor grading system, and burden meted on students, if not anti- students situations. Quite unfortunate is it, that the weeds of these conditions, though planted by the management, are watered by the leadership of our dear union, through misplacement of priority, and disdainful disregard for the guiding norms of our union.
Against this background, especially because of the organized defamation of my character and the conscious misinterpretation of my intentions, I write Great Ife students to put the record straight.

The news making round: ‘that out of ambition, I usurped the power of the president by mobilizing for a congress’ over erratic power supply some weeks ago, that I am being used to divide the union and cause disunity among the leadership of the union. These allegations, aside from being baseless and petty, their absurdity too, make them unworthy of response. However, for the sake of history, and our values which are being molested by political vegetables and intellectual potatoes, on the alter of lickspittles [seeking for sympathy], and cowardice, I write congressmen and women of our Great union to salvage these values.

When I mobilized for a congress on Oct 2, by then it had been over four weeks that electricity supply had been unprecedentedly erratic and exactly 6 days of total blackout. Amid the general demand of students including myself, was a call for a congress to address this abnormality among other disasters befalling the students’ populace, MY PRESIDENT OBJECTED. The approach of the leadership was to join the management in begging for our ‘patience’, as the fault is tracked to Osogbo today, and campus cable tomorrow, instead of mounting pressure on the management to provide a STABLE ALTERNATIVE TO POWER SUPPLY!.7
In the middle of all these, the parliament was meeting, debating membership of committees, and lazily referring cogent issues such as suspension of the OAU 9 to committees for deliberations. Please note: this parliament ordered referendum to be conducted [as suggested by madam DSA in a meeting dated 20-8-2014], on fee hike struggle; and has since not decided or analyzed the result of this referendum. For any dispassionate observer, it is just natural to conclude that these two councils have demonstrated inability to decipher which issue to be given a priority in a democratic students union, and not student union government.

It had been my strong opinion that the failure of power supply on campus is not natural as being portrayed, but a crass ineptitude and of course fraud on the part of the University Management. What else can we call a condition gone worst after forced payment of outrageous fee, if not daylight robbery? It is then logical for any pro- student union leadership to allow their members air their pleasure or displeasure over such monumental fraud. Instead, the leadership as usual, shrugged the call for a congress and UNILATERALLY decided on behalf of over 33,000 students to boycott lectures. In my opinion, a boycott that is not decided by students in a congress is simply putting the cart before the horse, an act of terrorism, and pure oppression! To me, it is not surprising that my president fears a congress, which should be his source of authority and legitimacy. The conscious inaction of the leadership during the University closure, their involvement in the suspension of our finest comrades, and series of aberrations committed as never heard in the history of our great union is enough to make them fear the unknown. In a way, whether consciously or inadvertently, the leadership helped the management achieved the onslaught of fee hike and eventually counted installmental payment as achievement. Let’s call a spade, a spade, if he does not have anything to hide before the congress of students, as transparency and equality is the fulcrum of our union, The president has no reason to fear or dodge the gathering of those who elected him.

‘That congresses are sparsely participated and less representational’ is an insincere argument of a sophist. The questions to be asked from this rigid adherent of majority participation is that: How many votes did they amass during the last union election? Less than 7% of over 33,000 students voted in the last election. If these individuals had rejected their mandates back then because of the sparse participation of students in the election, then their arguments would have been more consistent and less fallacious. Moreso, participation in congress should be a reflection of the efficiency of the public relations unit of the union. Instead of the time and energy expended on issuing propagandas and conjuring flimsy arguments, such materials could have been effectively used in mobilizing for a congress.

Let me say for record that I am not intimidated by the petty allegations that I usurped the president and hence be impeached. As a student of language and someone who understands the logical implications of disjunctive statements, Article iii, section 24 of our sacrosanct constitution is clear that if the president is ill or absent from campus, the vice president shall act in his absence and perform ALL the functions of his office. Unilaterally, to summon a congress is part of his duties and he was not on campus, the situation of electricity crisis deserves a deliberation of members of our union, then the congress was not only constitutional, but morally correct and rationally warranted. Instead of appreciating his defensive vice, he clamors for her impeachment, what a shame!

In confirmation of the childishness and misplacement of priority of this current leadership, the next parliamentary sitting after the congress only set with the motive of discussing the unconstitutionality of my actions-of course to impeach myself and the Honorable clerk of the house. Nine members of our union are suffering the poma of victimization, mass failure in chemistry, suspension of e-portal accounts, erratic power supply, bad transport system among others, and then all parliamentarians could discuss is Olori and Azaro. Let me remind the parliamentarians of their DOUBLE-STANDARD, when the president unilaterally without any house ratification collected a greek gift from omisore at the time we were waging a struggle against fee hike, our fastidious parliament kept criminal silence, and fail to review such anti- union activities, rather they were committing fallacy of TU QUO QUE [what about you?]. Now, they want the vice president and the clerk OUT for calling a congress that is not only progressive but evidently productive. Very funny!

On Olori’s fussilade of slap, it was Joseph Goebels, that propagandist of Adolf Hitler that said ‘when a lie is repeated often enough, it becomes the truth’. Giving counter accusations or attacking the personalities of those pathological liars will only portray our thinking faculty to be the same. As far as I will not be poncey about my sharp response to harassment, my unreserved apology goes to the lord chancellor who claimed to be mistaken for the other guy that gave me a kick. Every other attackers of personality, I leave you all to the court of public opinion as witnesses at the scenes and God are the best judges.

On the question of dividing the union: our union only UNITES on the ground of common purpose- to advance and defend the democratic interests of our members. Fortunately enough, I was elected on that basis, and I would never unite with anybody who hides under the guise of union office to work against our collective interest. How can we describe a speaker of the parliament who submitted a report of students [to management for victimization in our very own eyes on Friday, 17-10-2014], whom he is elected to represent and defend their interest no matter what!? Infact, if the President believes that the union is not united, why is he running from a gathering that is the only capable instrument of uniting it? The people who are imposing their modus operandi on our union and avoiding our congress- the cradle of the union itself, are not only dividing us but demolishing our values. ‘Those who profess to favor peace and depreciates justice are men who want crops without plowing the ground, they want rain without lighting and thunder, they want ocean without the awful roar of many waters’- Fredrick Douglass
It must be noted that gone are the era of male or female dichotomy, this is the era of reasoning and commonsense, I was duly elected and not appointed. Therefore, I would defend what is rational even if I am standing alone. Again as a woman, I refused to be discouraged by intimidation and threats from within and without. With every atom of my strength, I will defend the mandates given me: ‘their agitations shall be my requests’.

On a final note, to Madam DSA who promised that the OAU 9 will not see the light of this campus, you are not GOD!, He is the Almighty and their fate can only be determined by Him not the leadership that nails students on the cross of victimization or your motherly self. To deny people their human rights, is to challenge their very existence. I stand to say these people are not criminals, thieves, rogues, hooligans, or thugs. They stood for justice when all heads were bowed, when all chips were down, they fought for the reinstatement of our union which LOOTERS are now enjoying. They are the real anchors in the moments of silence.

WAY FORWARD : Mr president, CALL A CONGRESS to unban the union, claim our legitimacy and to unify the students in order to fight our common enemy!