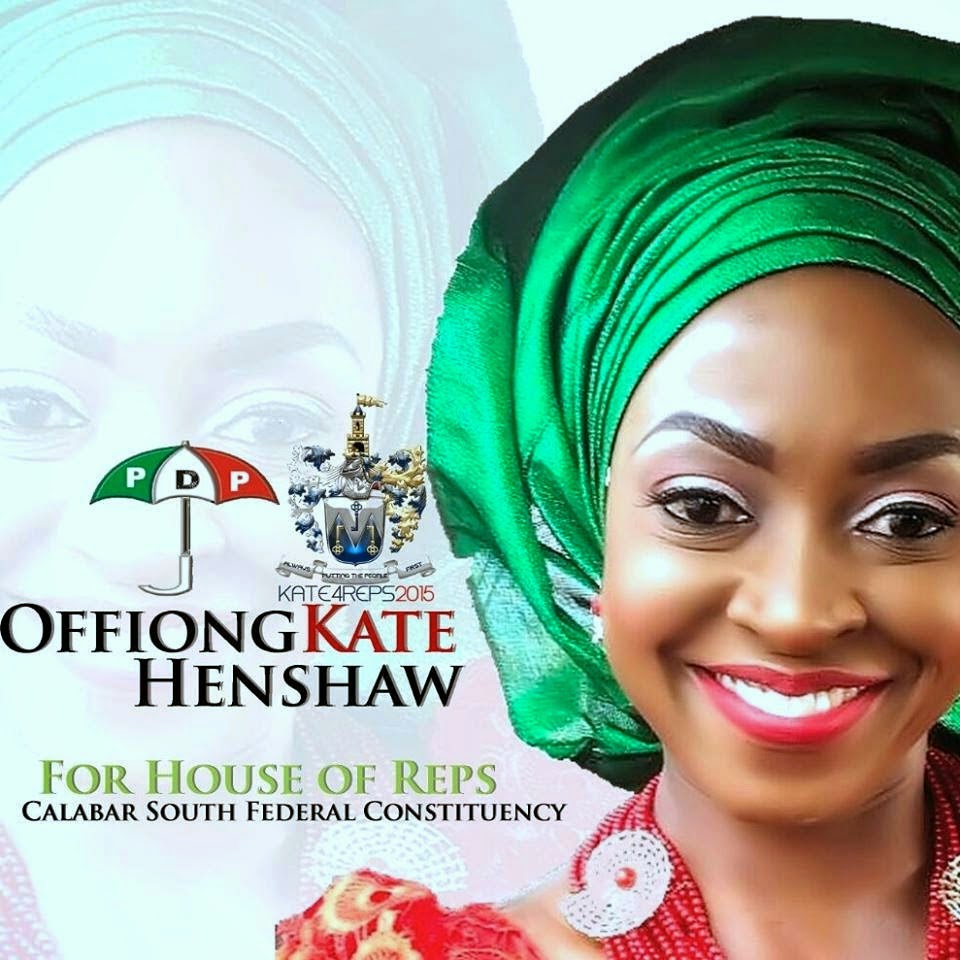 Kate Henshaw is considered to be one of the most talented actresses in Nigeria, which was why her family and friends were shocked to hear of her intentions to run for office in Rivers State, where she’s from. In an interview she had with Weekend Magazine, she revealed some things about her career. Enjoy!

Weekend Magazine: How did your family and friends respond when you said you wanted to become a politician?

Kate Henshaw: My mum said ‘no way’. I told her to pray for me and she said she wasn’t going to, so I told her I’d pray for myself. Some cousins of mine in Calabar then called her and told her to encourage me, that what I want to do is good. She told them someone else should go into it, and they asked her why someone else should. They told her I should do it because it would be good for the state. She finally agreed.

Friends have also been supportive. They say I’m strong. They also say this is my kind of thing because I fight for people. But they advised me to be careful because politics is dirty. I told them the only way things will get better is if good people get inside. One can only change things if inside, not from the outside.

I’m gunning for the House of Reps representing Akpabio Bakassi federal constituency. During my campaign, one thing I know for sure is that I’m not going to promise heaven and earth. When you promise too much, you are may end up not doing anything and that becomes a problem. First and foremost, I’ll start with the people. Mine is inclusive, I want to hear from the people directly, and how we’re supposed to move forward and so on. I want to hear people say ‘this is how we want it, this is how we should do it and this is how we are looking at it’. That way, we can move forward. I’m saying we need to gainfully engage youth to be able to support them. Like the case with Nollywood before government’s recognition, the youth made themselves self-reliant. Also, looking at young women, a lot of them are skilled. I will do a lot for them. I want to support people.

WM: Entertainers are gravitating towards politics in droves. Some say it is because it is seen as ‘where the money is”. What do you feel about this?
Henshaw: There’s nothing wrong with entertainers going into politics. Doctors go into it, people without certificates go into it, so why shouldn’t an entertainer do so? It is a right. As long as they are credible and will do the work they say they will, give them a chance.

WM: So when you get into politics, putting entertainment aside, would you say you have paid your dues?
Henshaw: Definitely. After over two decades, I would like to say so with all humility. And after all the time and energy I’ve put into my career, I want to believe that I have been professional, disciplined and dedicated. It is not easy to have worked for twenty one years and people still want to work with you. I like to think I have left a good legacy.

WM: People have said some entertainers are magnets for bad PR. What’s your take on that?
Henshaw: People who say that are those who don’t know the entertainers personally or intimately. We have family and friends who know us very well outside of the roles we play in movies. They know who we are and what we stand for. We’re human. Entertainers do a lot of good in the society. I can’t judge or speak for everyone but some who are not afraid have stood up to speak when something is wrong.

WM: Exiting the entertainment industry, won’t you miss all those juicy endorsements?
Henshaw: This is about moving to another level, a bigger platform. This is more about serving and I think that is the greatest thing you can do for humanity. If you serve, there is no amount of money that can make up for the joy and happiness you feel when you know that you helped somebody and the person is happy. That is priceless.

WM: Fast-forward to the future: If you win and it’s your first day at work, how easily would you slip into that role?
Henshaw: I’m prepared. I have built myself to capacity. There will also be trainings and all that. It’s not hard to do the right thing, really. One should know what people want and be able to speak out and get colleagues’ support.

WM: You are known for your candour. How will that factor into politics, an area known for all kinds of shadow games?
Henshaw: There are shadow games, true. But I believe that there are some good politicians out there. I’d say Hon. Abike Dabiri and Hon. Beni Lar are two excellent examples. There are other ladies I admire a lot in politics. I’ll sit at the feet of such good company and learn a lot. I’m sure there are some good men out there too.

Politics is tough for women, but we’re built strong and up to the task. It has not been easy at all. The thing that has worked for me is that they know my face, I’m well-known and they say I’m a good ambassador for the people. That’s a good foundation for me, but then you still have to do the work of knowing the grassroots politicians.

WM: Are you willing to sacrifice the kind amount of money that politics entail?
Henshaw: It has already cost me a lot, running into millions. It is not encouraging for any young person.

WM: What is your favorite way to relax?
Henshaw: The spa, the spa, the spa! I can be there all day. I need it now more than ever, a quiet place where I can get a steam, massage and all the relaxing things available there.

WM: What is your favorite dish?
Henshaw: Eba and Ekpang Nkukwo, which is a soup is made from cocoyam, water yam and pumpkin leaves with periwinkles, dried fish and palm oil. It is a special meal in Cross-River State for weddings and special occasions. My mum, God bless her heart, knows I love it so she makes it whenever I’m in town.

WM: Do male politicians see you as a threat?
Henshaw: Perhaps they did earlier. They didn’t expect me to come this far. But now they’re beginning to identify with me as someone who is formidable and who will not back out anytime soon. Some of them who’ve interacted with me are like ‘this small girl, where is she getting all this money from? Who is her godfather?’

WM: But ‘godfatherism’ is the norm in Nigerian politics. Who is your godfather?
Henshaw: God the Father above.