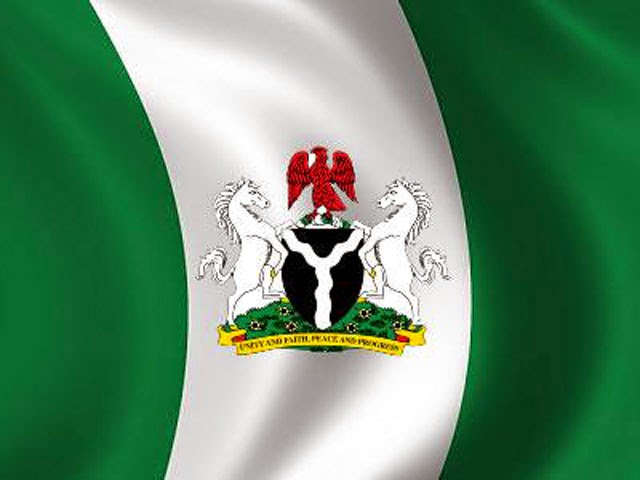 
When Nigeria successfully put in place a democratically elected government in 1999, after a democratic set up an anfractuous and flexuous transition programme, the citizenry was exhilarated by her success and the attention of international community was mesmerize by this feat. Democracy as a word originated from the word Greek city-state of Athens where democracy emerges a check on despotic aristocracy, dictatorship, monarchy, oligarchy and feudal system (Anyaele, etal :2006).

Democracy as a concept may be defined as a system of government under which the people exercise the governing power either directly or through representative periodically elected by them. It is required that the minds of the citizens should be relied and held together by certain predominant ideals and this cannot be the case unless each of them sometimes draws his opinion from the common source and cogent to accept matters of belief. Merriam-Webster (2003).

Paradoxically, the Nigerian as a state and its young bird democracy has been beset with phenomenal violence and atrocities ranging from those that come in the form of religious crises, like Sharia, Niger-Delta militancy, ethno religious conflicts, the Boko Haram insurgency, electoral violence, politically motorated assassinations – all with alleged political undertones. (Omodia, 2009, Omotola, 2010).

Democracy is no doubt, a continuous process. It therefore follows that as the process increases; there must be satellite growth in the institutions responsible for livable democracy. Apparently, one set of institutions for democratic growth are the political parties without which the majoritarian miniature of democracy would be practically impossible. In Nigeria and Africa generally, before the coming of Europeans, the whole idea of political party was an alien phenomenon.

However, nationalist pressures during colonial era quickened the pace of constitutional development, which in turn stimulated the development of political parties (Sklar quoted in Adele 2001:42). More on political parties but while the democratization wave was blowing over the country, it was caught up in what has been described as the victory and crises of democracy in Nigeria (Muhammad, 2006) – a drift that is attributable to fragility of some democratic institutions. Since democracy is a continuous growth, there must be a ancillary growth in the institution that is responsible for livable democracy.Thus, political parties in Nigeria have become, as elsewhere, an established institution of democratic politics .
The hydra – headed nature of political parties in Nigeria democracy is not a novel idea to politics. It has been with it but overblown negation tendencies and impact in Nigeria. Politics has made it rather discordant to the politics of today. When its gain entrance to Nigeria democracy just like other nations, it became a different ball game that has been witnessed since the return of Democracy in 1999 in Nigeria. It is apparent that avalanche of sand starts from its atom likewise the existence of a river is not a day occurrence, a drop a drop, they say.


Why the hydra headed?

This resounding question I asked myself when a political party has failed to deliver smooth governance without an avalanche of crisis and contours in Nigeria democracy. It is saddened that the essence of political parties has been long buried when it hit the skids to provide the citizens a sustainable democracy.
In critical analysis, no one is an island of knowledge and it is obvious that a tree does not metamorphose into a forest. Therefore, personal interest by the domineering caucus of political parties rather than establishing rules and laws to engineer the progress and a free atmosphere to the citizens. This is bane of our democracy. It is evidently seen in politic in Nigeria.

The growth of democracy can also be determined or hindered by the weak structure of the political parties. This is attributed to lack of internal cohesion amongst the politicians.The political parties are jam-packed by veracious politicians in the society, this goes in view of the former vice president of Nigeria Aatiku Abubakar as was cited by Ajayi (2007) that ‘the godfathers’, that is, political cabals are gradually taking over the Nigeria political institution parties and the role of the electorate are diminishing and the concept of godfathers as ‘owners’ of political parties or section thereof is a threat to the development of democracy’.
Godfathers today are vehicle of delivery of mission and interest of the politicians in the democracy. They predestine the victory of election because politicians pay homage to the godfathers in political parties. They put the rules and laws behind the bar and bend the rules and laws to their path. The trend is rather unfortunate to the smooth governance and delivery of ‘almighty dividends of democracy’ in Nigeria.

Indeed, it has greatly pollard and cause some parties to divides into branches and factions. This has been one of pandemic endangering our polity. I therefore, go by the word of a philosopher Albert Einstein saying "Heroism on command, senseless violence, and all the loathsome nonsense that goes by the name of patriotism — how passionately I hate them!" The problem associated with the cancerous phenomenon is that the cabals are no less a people of the society. Therefore, jeopardizing and impignorating the future of the citizens. It is indeed a bizarre scenario in democracy.

Against this background Gambo was right when he opined that “the Fourth Republic political godfathers are essentially predatory in their motivation to influence electoral politics” (1) Indeed from the look of things, godfathers are a major plague of party politics in the country. To understand the more reasons why the Fourth Republic godfathers exhibit atomic political behaviour in promoting their exclusively defined interest. Undoubtedly, godfathers of a party employ whatever means, legitimate and illegitimate to ensure victory for their godsons in return for unlimited and intangible benefits. The above view was that of Chimaroke Nnamani.

Equally, the political parties are not internally cohesive generating an immense havoc to the democracy resulting in the hydra-head nature of political parties. According to Wright (1951), there are in individuals and groups inconsistencies in the sentiment, purpose, claims, politics or option of social entities, for example, radical difference in political ideology, religion or institution. When the parties initiate actions based on their respective orientations, the inconsistencies as may lead to social tension and such social tension in terms of magnitude may determine the probability of conflict. If the conflict as a problem of resolving the inconsistencies do not succeed and if tension is high enough and regulatory arrangements are ineffective, conflict is likely to escalate to a level of open violence among the contending parties (Dauda, 2010). The Nigerian state is confronted by a plethora of inconsistencies and tension of various proportions arising from incompatibility of individuals and group interests in political succession and sharing of the perquisites of office. The tension in political succession and sharing of the perquisites of office. The tension sometimes snowballs to political violence among political parties which can as well lead to serious threat to democratic survival and consolidation.

From the foregoing, Nigeria would have been one of the leading economies of the world but its movement has been anti-clockwise due largely to the fact that monumental resources are channelled into security votes, conflict resolution and reconstruction as a result of perennial political violence. Since political power is the major source of wealth in Nigeria, the contest for political office is always a ‘do or die’ affair (Ake, (1981) Tenuche, 2011). No country will grow under such an intense antipathy and asperity. There is need to fundamentally redress the hydra-headed cankerworm of pervasive political duress which negate and retard development in Nigeria and safeguard the survival, growth and sustenance of the country’s incipient and embattled democratic set up.

In sum, it is obvious that hydra-headed nature of political parties is not a new idea in democracy and without it no meaningful impact will be made in politics. However, the effects of political parties are egregious and take a gander at people on the face. It has metamorphoses into hydra-headed monster in which if nothing is done capable of truncating our hard earned democracy.
Nigeria’s current democratic experience is caught up in the dilemma of democratic renewal and regression. This flows from the series of occurrences which revolves around viability of the current political parties. While it is true that political parties are like piston in the engine of democratic practice, the extent to which they acquire value and stability, party cohesiveness and development of a coherent political doctrine are vital ingredients that make them viable element in democratic growth and sustenance.

Ajayi, F. “Nigerian Political Godfatherism in the World of Baale Molete” www.nigeriaworld.com down loaded on the 3oth March 2007