How Ojo Bright Was Impeached As NAOSS OAU President 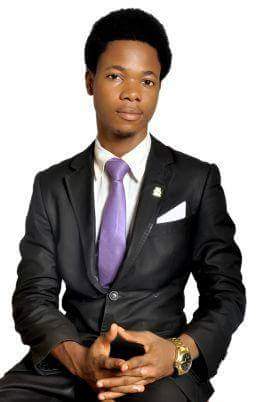 The Congress of Ondo state students that held on Sunday at Social Sciences LT 2 has impeached the President of its association – National Association of Ondo State Students (NAOSS), Obafemi Awolowo University chapter on issues bordering on gross misconduct, abuse of office and allegations of money embezzlement.

In a congress monitored by our correspondents which lasted over six (6) hours with members of the association constantly expressing their displeasure and disappointment at the conduct of the Executive Council especially the president, the president used foul languages at members and acted unquestionable until the last minutes of his ‘reign’ when he began to realize the impending loom.

Ojo Bright Idemudia, a part 4 student of the department of psychology emerged as the president of Ondo state students unopposed in April 2015 after elections into the Executive Council of the association. He contested for this position after he gallantly lost a bid to become the President of the Great0 Ife Student Union.

The General Secretary of NAOSS OAU, Ekundayo Olajide Samuel a.k.a Prof. Jide set the ball of the day rolling after accusing the president of calling the congress without his fore-knowledge after he was invited by Mr Bright to step forward. He continued by alleging that Ojo Bright has embezzled and mismanaged NAOSS funds.

"Ojo Bright is a mere political noisemaker that lacks administrative skills. In fact, he did not achieve any good thing throughout his tenure.

"He(Ojo Bright) singlehandedly collected money from the Staff Advisers and some philanthropists without informing the other Executive members.

"He (Ojo Bright) collected N100,000 for NAOSS national election and he cannot account for the money." The General Secretary revealed.

Upon the revelation of this development, Ojo Bright engaged the General Secretary in a war of words accusing him of failure to carry out his constitutional duties by not attending a meeting the president called for which held in the president's house in town.

Following perceived rift between the two leaders, observing congressmen requested that the two officers step forward and someone with no interest in the matter moderate the case. The president refused the request and repeatedly mocked the request for the quests by congressmen to resolve the issue amicably stating that he remains the presiding officer and the president. Some congressmen who refused to adhere to the ruling of the president were commanded to leave the venue by the president including presidents of local government associations within the state which they obliged. According to them, for the sake of peace and progress since there was a case at hand that needed to be attended to.

Aggrieved but patient members of the association present allowed the president to proceed with the agenda of the congress while the matter was shifted to A.O.B of the day. The Audit, Electoral and Election Petition Committees were later constituted after which NAOSSites (congressmen) moved a motion upon the recognition of the embattled President that he (Ojo Bright) step aside as the presiding officer and the chairman of the newly constituted Electoral Commission takes over to hear the case of alleged gross misconduct exhibited by the President and the General Secretary. The motion which passed was seconded by another congressman without any objection from the congress.

"I am not the president of unscrupulous elements but president of intellectuals, the President of over 5,001 Ondo students in OAU. The congress did not decide, let me state it loud and clear that the presiding officer who is first among equals is expected to recognize all parties involved and follow due process.

"However, there were some thugs who barged into the administration because we do not have a strong security committee to withstand them and came on board to disrupt the congress.

"As the presiding officer, I have not even given room for the Electoral chairman to officially lift the ban."

Also addressing his attempt to use a metal rod to stab a congressman when told to step aside for the Electoral chairman to preside, Ojo Bright who did not deny picking up the metal rod however said it was in self-defense as he perceived the congressman was coming to attack him.

The Electoral Commission has however lifted the ban for all electoral campaigns to begin as they await further information on the sales of nomination form and schedule for elections.