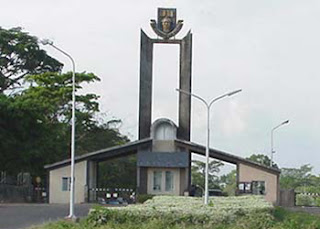 The Budget Monitoring Committee of the Academic Staff Union of Universities, Obafemi Awolowo University, has accused the management of the institution of expending N3. 5billion meant for hostel renovation and construction of new lecture theaters in breach of due process and transparency.

The funds were part of the N100billion released by the Federal Government in 2013 for all universities in response to the long drawn agitations of ASUU against the government.

The implementation monitoring committee had spelt out guidelines for accessing the intervention fund for Nigerian Public Universities, but the school failed to abide by the guidelines.

According the report of the committee addressed to ASUU members, and which was obtained by PREMIUM TIMES, the management failed to follow due process in contract awarding as well as failing to utilize needs assessment phase 1 funds made available to the institution in August 2013 as required by the guidelines.

The report which was signed by the committee’s chairman, A.O, Aderibigbe, on 4th of January 2016, also noted that the approval for the release of the funds was done in writing by the Permanent Secretary of the Federal Ministry of Education addressed to the Vice Chancellor of OAU on 23rd of August 2013.

The report indicated that the letter from the Ministry of Education conveyed the approval of NI3.5billion needs Assessment phase 1, funds to OAU under the Special university revitalization programme based on the needs Assessment report.

The committee noted that the second tranche of the funds totaling N2.833billion was transferred from the Central Bank of Nigeria to two commercial bank accounts operated by the institution.

“On 30/09/2014 I was reliably informed that the sum of N2,833,703,703.61 was transferred from the CBN into the OAU account with the bank and in this regard the university administration directed an officer to issue receipts as follows (a) First Bank, account no: 2023659287 Account name:OAU Special revitalization programmer Account , Amount N1,308,703,703.61billion and Zenith Bank, Account number:1013549122 Account name: OAU Presidential Implementation of Needs Assessment Account, Amount :N1,525,000,000billion and the officer complied, the truth will surely prevail sooner than later,” Mr. Aderibigbe stated in the report.

“The letter informing the university of the transfer of N3.5billion directed that there should be strict compliance with the procurement act 2007 in the implementing of the projects.”

The ASUU monitoring committee stated that while the approval letter quoted an allocation of the sum of 3.5billion, the university claimed it received only N2.833billon.

The committee wondered how an allocation of N3.5billion naira meant to execute projects worth the same sum, would turn out to become N2.833billion.

The committee further alleged that the university had unilaterally identified, prioritized and awarded contracts for some of the projects with total exclusion and sidelining of university budget monitoring committee,

ASUU BMC said that in compliance with the IMC Guidelines the projects should be awarded with the knowledge of ASUU’s monitoring committee, adding that the management was in violation of stipulated guidelines and due process.

The Public Relations Officer of the institution, Abiodun Olanrewaju, told PREMIUM TIMES that ASUU’s allegation was false, as all funds received by the institution from the Federal Government had been judiciously used.

He said the management of OAU had also been transparent in the handling of the funds and the execution of projects in line due process of procurement.

“To the best of my knowledge we always advertise all the infrastructural projects in two national newspapers and the tenders journal in Abuja,” Mr. Olanrewaju said.

“Fortunately, my office is in charge of placing the adverts for interested persons to be aware.

“If there is agreement between the management and ASUU regarding the administration of the funds, I am not aware.”