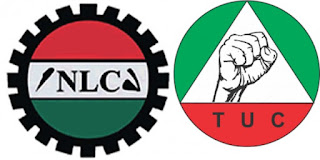 This came as Organised Labour and its civil society allies, yesterday, vowed to go ahead with the planned indefinite strike from today to make government reverse the N145 per litre pump price of petrol, despite the restraining order by the court.

Meanwhile, Senate, yesterday, threw its weight behind President Muhammadu Buhari’s hike in the price of fuel to N145 per litre from N86.50

Consequently, the Wabba faction and the Federal Government, yesterday, agreed to set up a joint technical committee to review the new fuel pump price template of N135-N145 within the next two weeks and also work towards reviewing the current national minimum wage of N18, 000.

President of the National Industrial Court, NIC, Justice Babatunde Adejumo, in a ruling, yesterday, restrained the labour unions from going on strike, pending the determination of a suit the federal government lodged before it.

Justice Adejumo further ordered all the parties to maintain status quo until the legal dispute was settled.

The order followed an ex-parte application filed by the Attorney General of the Federation and Minister of Justice, Abubakar Malami, SAN.

Determined to abort the planned strike action, the AGF approached the NIC, begging it to restrain the labour unions from “shutting down the nation”.

Relying on Section 14 of the 1999 Constitution, as amended, the Federal Government insisted that it would not be “in the national interest” for the NLC and TUC to proceed on nationwide strike over the fuel price increase.

Malami argued that no amount of damages could serve as compensation, if the labour unions were allowed to shut down the economy.

Contending that the balance of convenience was in favour of the government, the AGF prayed the court to determine “whether the respondents (NLC, TUC) have complied with the laid-down condition precedent for embarking on strike.”

The AGF also prayed the court to determine “whether, indeed, there exists in law and, in fact, the basis of which the respondents’ total closure of the economy can be justified”.

He told the court that the respondents met on Saturday and issued a communique wherein they gave government a three-day ultimatum to reverse the decision increasing fuel price.

He said the respondents, aside from threatening to shut down the country, if government failed to reverse the fuel price increase, also threatened to close down all government offices, seaports, airports and markets.

The AGF argued that ordinary and law-abiding citizens would be subjected to hardship, if the respondents were allowed to go ahead with their threat.

He said the government was left with no alternative but to seek the intervention of the court.

Besides, Malami told the court that he got notice of the communique on Sunday and quickly filed an originating summons, a motion on notice and an ex-parte application to determine whether NLC’s decision was justified in the circumstance.

He insisted that “great and irreparable damage” would be done against the nation and “ordinary and law-abiding citizens”, should the court refuse the ex-parte application.

Though neither NLC nor TUC was represented in court, Justice Adejumo granted the ex-parte motion, even as he ordered the service of all the relevant court processes on the respondents.

The restraining order against the respondents will lapse after seven days.

However, Organised Labour and its civil society allies, incensed by government’s decision to seek rederess at the NIC in the midst of a negotiation, yesterday, vowed to go ahead with the planned indefinite strike from today to make government reverse the N145 per litre pump price of petrol.

Senate backs fuel price hike
The Senate, while sympathizing with Nigerians over the hardship caused by the increase in the price of petrol, however, urged government to urgently begin implementation of palliatives contained in the 2016 Appropriation Act passed by the National Assembly in the overall interest of Nigerians.

The Senate also asked Buhari’s government not to relent in its continued dialogue with organised labour and other stakeholders as a way of resolving issues around the increase to avoid grounding the system as well as impose more hardship on the people.

Deputy President of the Senate, Senator Ike Ekweremadu, who presided over yesterday’s plenary, said: “The Senate in a closed session deliberated on the increase in the pump price of PMS by the Federal Government and the threats by Organised Labour to embark on a nationwide strike over the matter and resolved as follows: “That we sympathise with ordinary people of Nigeria on the hardships they are going through.

“The Senate will engage the Federal Government to find sustainable ways of improving the welfare of the people of Nigeria.

“That we call on government to continue to engage organised labour and other stakeholders to resolve issues in order not to ground the system and impose more hardships on our people.

“That government should immediately start to implement palliatives or palliative measures contained in the 2016 appropriation act passed by the National Assembly.”

Leaders of Wabba faction of NLC and TUC, at their emergency National Executive Council, NEC, meeting in Abuja, insisted that once the strike commences today, only the joint NEC of NLC and TUC could call it off.

Although newsmen waited anxiously to be briefed on the outcome of the NEC meeting amid the court order, leaders of both bodies left the Labour House, Abuja, venue of the meeting without talking to journalists.

However, Vanguard sources at the meeting said NLC and TUC were infuriated that, while government was on one hand negotiating with them, its officials were on the other hand, seeking a black market injunction, and threatened to use the strike to make a statement to the government.

One of the leaders, who attended the meeting but spoke on condition of anonymity, said: “Our decision not to suspend the strike was further fuelled by today’s (yesterday’s) injunction by the Industrial Court, restraining us from proceeding on the strike expected to begin tomorrow (today).”

According to the Secretary of JAF, Abiodun Aremu: ‘’The mass action is on! Let them come with the injunction, we would disobey whatever injunction they are coming up with.”

Ajaero, while reacting to the restraining order by the President of NIC, Justice Babatunde Adejumo, contended that it was wrong for the Attorney General of the Federation and Minister of Justice, Abubakar Malami, to have gone to court over a matter that parties were already on a negotiation table.

He equally wondered why the President of NIC would give an order on an ex-parte application without putting the other party on notice as was the practice.

Ajaero said: “This was not the first time a court would try to stop labour action. If you could recall, when Comrade Adams Oshiomhole was the president of NLC, there was a court order against planned strike by NLC and TUC, which Oshiomhole described as a black market injunction.

“It was very wrong for the Attorney General of the Federation to have gone to court while parties in this case, the federal government and Labour, were already on the negotiation table.”

“Ajaero restated his earlier position that labour could not have mobilised sufficiently enough for today’s strike without exhausting all avenues for settlement.

“When we spoke with you yesterday (Monday), we insisted that there was no way we could mobilize, sensitize and even start an action tomorrow (Wednesday).

''That we would rather negotiate and it is only when the negotiations might have collapsed that we take the option of going through any action.

‘’The committee is to report back in two weeks time. I won’t like to drag it more than this than to say this is the summary of the agreement reached.,” he stated.

Ajaero, however, insisted that his faction, including NUPENG, PENGASSAN, NUEE, among others, would not go on strike over fuel price hike by the Federal Government.

He spoke after his faction’s meeting with federal government officials ended early , yesterday morning. This was a few hours after the meeting with Ayuba Wabba’s faction ended.

The meetings, which ended without conclusion, were in session at press time last night. They started late yesterday evening.