The Dilemma of Moral Instructions: Exploring the Fela Falana Construct 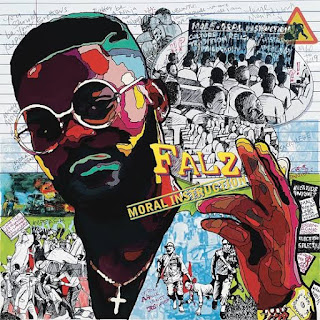 If a need to rank art forms ever arose, it might not be entirely foolish to bet that music would clinch the top ranks. With the diverse genres and musical subclassifications that exist, it remains perhaps the most relatable form of art. While a person might find it difficult to see the beauty of a painting, or appreciate the imperfections of a sculpture, it’s safer to assume that there’s a song for every man or at least every mood. Whether it’s the solemn sound of Yaani or the aggressive vibrations that characterizes the metallic genre of music, there’s someone that vibrates on the same frequency. This is why music, as a form of art, has over time been used when there’s a need to communicate with the public.

By hiding their message in the lyrics of a song, brands have been able to sell their products, politicians have able to get their names on the lips of the masses, and activists have been able to spread their ideals; hence the essence of protestant music. And of course, if protest and music occur in the same sentence, you can be sure there’s a “Fela” hanging somewhere, so much that even dear Uncle Folarin couldn’t pull one off without inviting Anikulapo from the grave.

For some of us 90s kids, “Moral Instruction” might not sound so strange. It was a compulsory subject in the Primary school curriculum at the time. I remember that I had the same notebook for Current Affairs and Moral Instruction and once in Moral instruction class, the teacher asked me to pronounce “Conscience” and I did, as “Con” and “Science” and was the joke of the class for a while. Moral Instruction class was the one class that sought to teach moral virtues, to show us, even as little boys, the concept of right and wrong and push us in the “right” direction. Looking back now, I cannot say the Moral instruction classes did not have any effects. I am unsure if the motivation for Falz’s latest album was from one of those classes but there’s no disagreeing with the fact that only a few names would have more aptly described his latest album like “Moral Instruction”.

The album which is only nine track long features several other artistes both living and dead as Falz does a lot of sampling of vocals and beats from the legendary Fela Anikulapo Kuti. So much that you could refer to the work as a Falz-Fela Mixtape. However, apart from beats and vocals, another thing that links to Fela is its Social consciousness. Over the nine tracks, Falz manages to explore a number of trending societal issues. This of course is the highlight of the album as, as expected, it goes on to spike varying reactions, some of which places Falz and his seemingly controversial album in the social media spotlight for a while. However, with a father like Femi Falana, it might not be too surprising that dear uncle Folarin treads the path of conscious music.

The album opens with “Johnny” which is a play on the popular Nigerian clause “Johnny just come” which is more commonly used to describe newbies in street slangs. Falz however adds a twist to the clause, using “Johnny just drop” and using the track to highlight the several avoidable killings around the country. “Follow Follow” comes on with blaring trumpets and the unmissable voice of Fela himself. A voice we would still come to hear later on in the album. However, in delivering a number of tracks, Falz gets help from some names we’ve heard before. The sonorous voice of Demmie Vee in “Hypocrite”, Sess, the alleged problem kid, in “Brother’s Keeper” and Chillz in “Paper”.

Interestingly, somehow the dead Fela still manages to outdo the living in Moral Instruction.
Something that makes the album quite beautiful, if that is the word to use, is the completeness of its content. Such that from even within the songs, Falz tries to predict the reaction of listeners to the content of his lyrics and addresses them. This he does successfully in “Amen” which address religious bigotry and fraudulence and is more deeply entrenched in the last track on the album which is nothing but a vocal acceptance of the fallibility of the thoughts expressed in the album.

For the reality of morality is no one can be absolute about right and wrong. And whether it’s a Primary school teacher trying to make ends meet, a rebel trying to sing his country into the light or the son of an activist igniting the first fires of his activism, no one really is perfect when it comes to moral instructions. In the words of Falz, “After all said and done, I do not have the right to direct the finger of guilt or look of contempt at my guy, for even I can barely see through the speck in my eye…”. But then again, perhaps it is this imperfection, or rather the acceptance of it, that makes “Moral Instruction” a beautiful piece of art. And of course, its social consciousness makes it timeless, such that when posterity look back at political landmarks of 2019, they’d remember that Nigeria had elections and just maybe that Falz dropped an album.