What You Probably Don't Know About Benin Republic 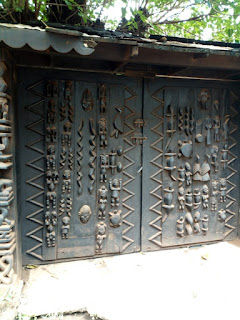 The republic of Benin is a francophone country that borders Nigeria at the southwestern part of the Nigerian territory. It was formerly known as "Dan-ho-mé" which means "built on the snake's (Dan) belly" in Fon, a local Beninese language. The French colonialists had difficulties in the pronunciation of ''Dan-ho-mé", so they called it "Dahomey". In 1975, President Mathieu Kerekou influenced the change of the country's name from Dahomey to Benin (La République du Bénin) because the former name was regional in which many citizens didn't show signs of belonging since the name was in Fon language. She gained her independence on the 1st of August 1960, before Nigeria got hers. 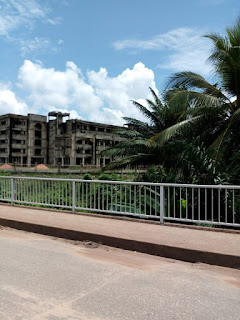 The country is the first and only nation where three presidents ruled in the same tenure at a time. The names of those presidents are: Sourou Migan Apithy, Justin Ahomadégbé Tomêtin and Tahirou Congacou. They were from different tribes (Yoruba/Nango, Fon...) and different zones (North, central and South parts of Benin). The trio left office in 1965. The country later had other trio presidents after the first set. Now, the country's presidential mandate is quinquennial which is renewable once.

The name of the current president is Patrice Talon. He assumed office in 2016. He resides  at the presidential palace located in Porto-Novo, the political capital. The name "Porto-Novo" which means "New port", has its influence from the Portuguese explorers who came through the coasts of the Beninese capital. Cotonou is the economic capital of the nation.

Personal Travelogue to Benin Republic
At Porto-novo, I visited a Museum named "Ethnographic Museum Alexandre Senou Adande" which is controlled by the Beninese ministry of Culture.

In the Museum, different ancestral masquerades were seen of which some are pertinent to the Yoruba culture and tradition as well as to the Egun. More so, different calabashes were sighted with some African drums, clothes, cowries, etc.

The ethnographic map which shows all tribes in Benin republic were seen too; The Yoruba and Egun are dominant in Southern part of Benin, the Fon at North/central...

From Porto-Novo, the bus took its way for Cotonou. Cotonou, the economic city which is more developed than Porto-Novo in terms of business, good roads, infrastructures, basic social amenities etc. I got to a popular bookshop in Cotonou named "Sté Le Bon Berger Sarl Librairie",  where many people bought French books.

My next destination was the Cotonou central market.

Observations from the Trip
1. I observed that the two Beninese dominant cities, Porto-Novo and Cotonou, have good roads though the latter has better roads.

2. I noticed that most administrative buildings found in Porto-Novo, the capital city, were built by the colonial masters though they under maintenance.

3. I observed that Benin republic has constant electricity for 24 hrs/7.

4. I saw that the use of motorbikes is the Beninese major means of transportation.

5. I noticed that in Porto-Novo, one could hardly see a filling station. And that, in Benin republic, Roadside sale of petroleum is common.

6. I was informed that the main operating banks in Porto-Novo are: Bank of Africa & Banque internationale du Bénin.

8. At the Cotonou central market, we discovered that Yoruba or Nango (Yoruba from Benin) and Igbos are the ones dominating the commercial arena. The Yorubas or Nangos sell food stuffs there while the Ibos sell deported clothing materials, shoes, bags, belts etc. The Hausas there are very few and some of them engage in wheelbarrowing goods of customers.

10. Benin republic is very peaceful country though she is the mother of 'voodoo', witchcrafts or traditional religious.

11. At Cotonou, we discovered some toilets were channeled with funnels where men could pee.

12. I discovered that Benin republic is a very small country and that its resources are not be comparable to that of Nigeria. But, what surprises us is the constant electricity she has. Most francophone countries in West Africa enjoy constant power supply 24 hrs/7.

13. I discovered that imported food and other things as car, cloth, etc. were cheaper to those ones in Nigeria.