January 16, 2020
By Emmanuel Dominic
Obafemi Awolowo University makes it to the headlines again, but this time, it is based on a sex-for-grades scandal, which involves a Lecturer from the Department of International Relations, whose name is Olabisi Olaleye,  and a 400l student of the department of International Relations, whose name is Motunrayo Afolayan. This is a case in which the student accused the lecturer of sexually harassing her. A complaint had been filed at the University Center for Gender and Social Policy Studies by the victim,  alleging that the lecturer had failed her in Diplomacy course code IRS 305.
This is happening up 2 years after Mr Akindele,  a professor of accounting, was dismissed from the University,  for allegedly demanding sex for grades from a female student.  And was later sentenced to 24months in prison. 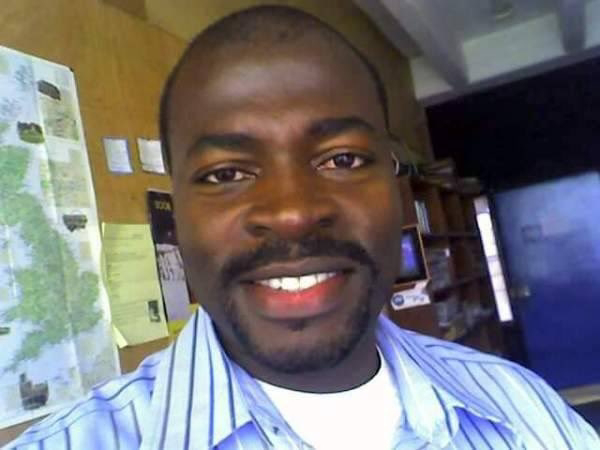 Reliable source. Told Premium times that Mrs Afolayan first took IRS 305 during 2017/18 academic year. But allegedly failed cause she refused to sleep with the lecturer.
During the next academic year,  2018/19 academic session, she registered again for the course, but she received threats from the lecturer  that she would fail  again and again if she refuses to adhere to his demands. When the other lecturers were fully aware of the development in the case , they asked for proof of the allegations laid against the accused, she then played a recording of Mr Olaleyes voice saying in yourba  that “I promise you would fail this course three times except you sleep with me.” She recorded the accused, based on an advice given to her by a friend who had sometimes been harassed by the lecturer in the past.
A source from the university said " So she was in Olaleye's office and just as predicted,  Olaleye held her by the hand and began to fondle her.  While he was carried away,  the lady turned on the voice recording application on her phone and taped all his Vulgar words including the threat. Mr Afolayan refused to share the audio recording with anyone,  saying she was afraid of being ridiculed. When her Departmental Lecturers couldn't help. She sought for a female lecturers help from the faculty of law,  who then told her to report to the University authorities. As soon as Mr Olaleye learnt the matter has escalated,  he released Miss Afolayan result and others too,  which actually showed that they passed the course.”
The University authorities set up a probe panel headed by Yetunde Ajibade, the Provost of PostGraduate College , in response to the students complaint. Mrs Ajibade, a Professor,  is the first female provost of the College. The panel has met with all the concerned parties; Miss Afolayan, Mr Olaleye,  Mr Omotuyi(the person the matter was firstly reported too), and Kehinde Olayode, the Head of department,  International Relations, amongst many others.
Mr Olaleye appeared before the panel in November last year, while Mr Omotuyi met the panel on January 9. Miss Afolayan had appeared before the panel, alongside several other female students in the department who also served as witnesses. A statement written by Mr Olaleye,  says,  that the lady and two other girls came to meet him at his office,  telling him to change the date for his exam, Which was clashing with there 400l course,  and he told them he couldn't. And that he didn't know her until the timetable issue came up.  And the reason for her results being held, was that, his co-lecturer who taught the course with him,  was busy with accreditation issues. When further questioned about when he join the school,  he couldn't recollect,  and couldn't give an answer why he hasn't collected his doctorate degree, even after 13 years of reportedly enrolling for it.
Justice
Since the awareness of this occurrence, several confessions have been coming in from closed WhatsApp groups,  Twitter and  even a female Alumni narrated a similar experience with Mr Olaleye.  An Alumni Who lives in United Kingdom, stated that "Mr Olaleye should not escape the wrath of the law this time" Some said,  he is drunk and very reckless . Many female student have fallen victim of Mr Olaleyes sex for grade tactics. And now, some accuse lecturers who are close to Mr Olaleye in the faculty,  trying to mount pressure on the panel, and so they can secure a soft Landing for their colleague.
The University's Public Relations Officer, Mr. Abiodun Olarewaju,  stated in a statement released , that justice will be served , and that the precedent created with a similar case in the past should assure the public of the University administrations commitment to ensuring fairness and justice. He stated that " There is no basis for anybody to nurse fear about the possible outcome of the probe ". He also said, " we have since gone past that stage at OAU. Nobody told us before a panel was set up,  and the gender center that was created was aimed at creating unfettered access to justice”
Source: Premium Times