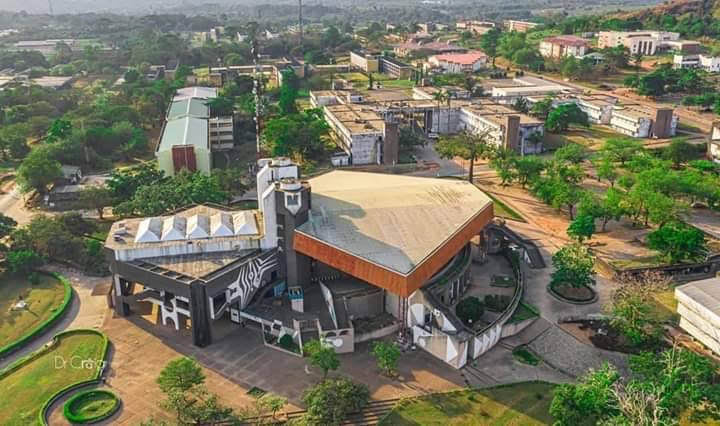 By Emmanuel Dominic
Ever wondered how OAU got to be so beautiful and blessed with great architectural buildings? It is very joyful to savor the eyes with the landscape of such length and width, with an amazing love for nature green, the perfect synchronization of building, landscape, and amazing sight. We could but fall in love with the great architect and great minds behind the African most beautiful University. As we all know, OAU originated from University of Ibadan, before being given it freedom to be the University of Ife in 1967. Ife citizens gave the government 13,000 acres of land for the proposed university, imagine its largeness. After so many political issues, the University of Ife was approved in 1961. But due to the construction and all, they were made to be Ibadan campus. 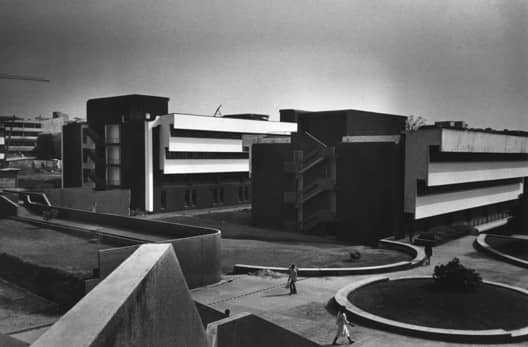 OAU was made to be an outstanding Institution. The best Architect in Israel by name Arieh Sharon placed in charge of the architectural plans, which was supposed to be a three community project. He was the best at that time, also joined by his son Eldar Sharon and A. A Egbor of Lagos. Arieh Sharon was an Israelite, Half Jewish, and an amazing Architect, that change the art of building in Israel with various amazing buildings artworks. 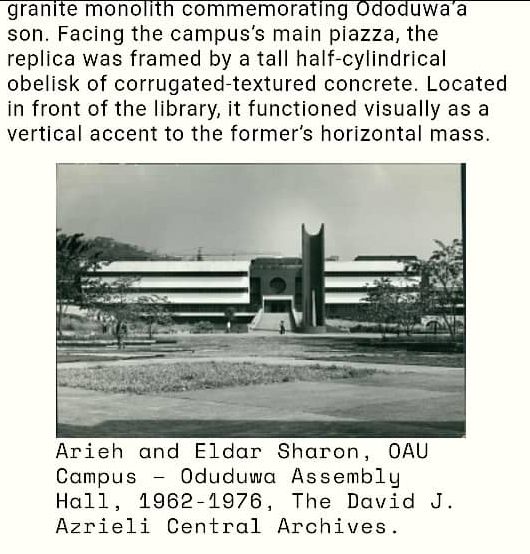 He initiated Multi stories building in Israel and built a lot for the Government as at that time, he also won a Prize in Israel as the best architect. He made the first master plan for the University of Ife in 1961. As at then, he was building the Jewish Agency headquarters Tel Aviv. After this maser plan, he started off building the Faculty /Department Humanities, which was from 1963-1965, and in between built Halls of residence in 1964. In 1967 he started the building of the Library and ended in 1970, in between he built the Institute of Education and secretariat in 1968-1972. Later onto 1972 the great Oduduwa hall was built and finished in 1976. He designed the Civil Engineering building called Spider but was built artistically upside down. He designed in a rectangle form, Faculty of administration, law social sciences, Education, Humanities, Library Oduduwa hall, and so many others. He was the mastermind behind the beautification of Obafemi Awolowo University at the beginning of time. 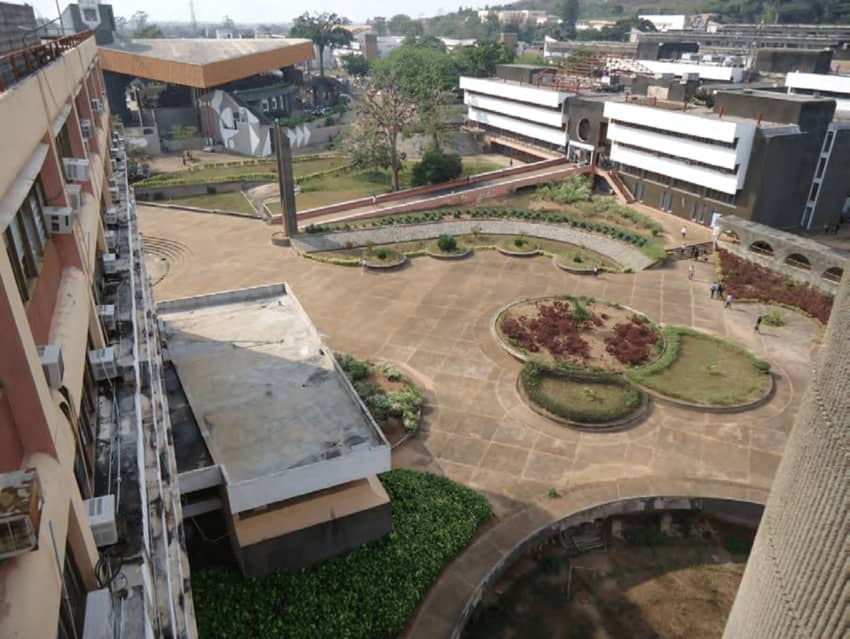 Judging from the pictures, we could pinpoint that there were 2 original Amphitheater, one which is at the back of Oduduwa hall, built by Eldar Sharon and Harold Rubin, and the other in front of the library, which is called Motion ground. Although the masterminds of the OAU Campus started with Arieh Sharon and his son, it didn't cease at his death in 1984 but was continued by numerous Amazing Architects, most of which are Nigerians. Patrick Ehinmowo and his firm Platform Concept Ltd Also design the National History Museum, and which is one the most notable museums in West Africa, known for its triangular roofing. Olajumoke Adenowo is also one of the architects responsible for the beautification of the OAU campus, she built the OAU Senate building, and so many others. But Arieh Sharon, Eldar Sharon, and Harold Rubin were most popular of all due to their amazing intellectual display of art, culture, and Futuristic value. 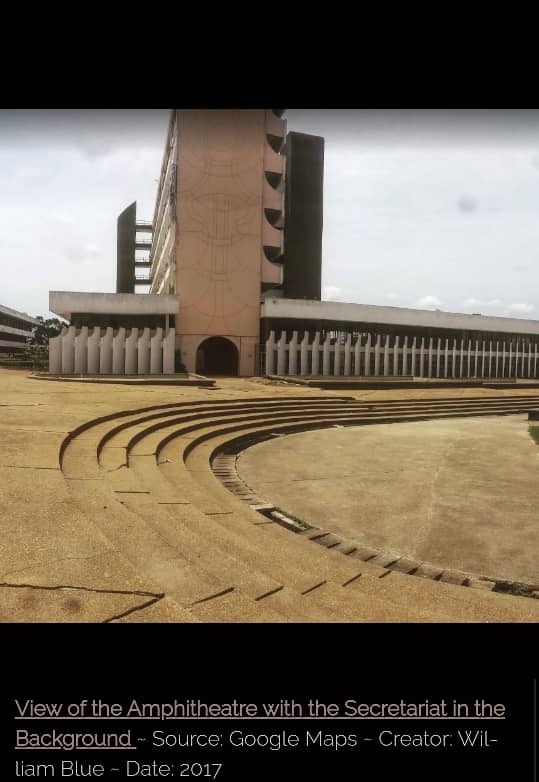 They weren't just builders or architect, he pointed Ife as a better location for the University, cause of the topography and landscape, and he (Arieh Sharon) featured Climate change into all of it building making it a masterpiece. And also interpreted the Yoruba Culture into its buildings, giving the western culture a voice through the artistic building, he also built a replica of the Oranmiya staff in front of the library. Arieh Sharon even went on to write a book on the Architecture of the University of Ife. Not just buildings make OAU the most beautiful campus, but the intentional Artistry of Aligning the Green grass and trees to those buildings.
Anytime we have a view at this amazing structure and landscape, we could only praise the Legends / great minds behind this beauty. Now you know the history of OAU buildings. 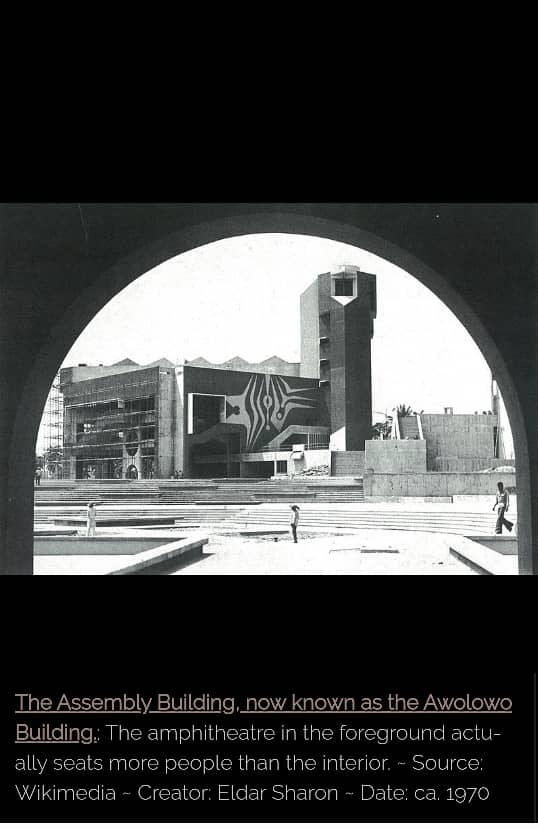