Turning Pandemic and its Effects into Advantages as a Learner 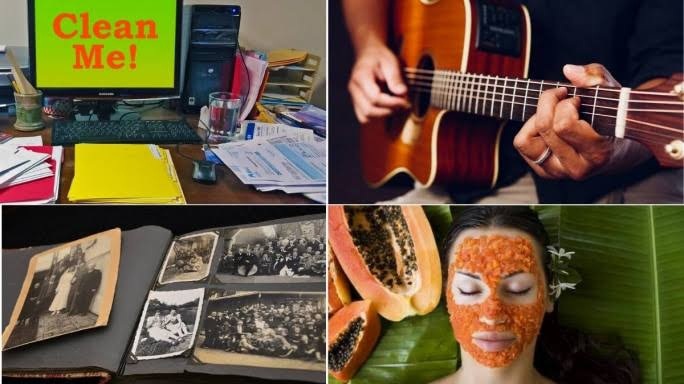 By Jodekss Gloatkenf
The usual routines as we were used to them have taken a new shape today worldwide check. These days, almost all sectors of life have been paralyzed due to the outbreak and the rapid spread of Coronavirus, which is abbreviated by the World Health Organization (WHO) as Covid-19. The viral disease began in the Wuhan of China. A city that could be compared to the Lagos of Nigeria due to its population and diverse forms of commercial activities that go on therein on a daily basis. The deadly disease had been able to spread outside the shores of China all world continents, and it had been claiming thousands of life with millions infected and a few thousand cured of different treatments. Ever since the disease became a pandemic, different sectors around the world have been put on hold, and one of them is the education sector. Learners at different levels have been forced to be on compulsory holidays for months with no hope of resuming soon. Institutions with better sophistications have managed to make use of e-learning to meet up, but not all institutions could efficiently afford that. Everything looks hopeless now for those learners whose institutions cannot use e-learning. But, earnestly, should there be hopelessness for any learner at this point due to the pandemic and its effect? Should there be any need to worry way too much as if that is the end of the world?
Further, life would always present even learners with the least could expect at most times. The reason is that learners are humans too, and they directly and indirectly not exempted from the heavy blows life or nature could throw at will. Hence, the best understanding ever for all learners is, being able to leverage whatever situation presented them and make the best out of it. Even in this state of dilemma, even when the center or the government could not hold things together, there are still minds who are making ace by reasoning on the way out.
More so, this moment should not come and go just like that for any reasonable learner without actually learning in whichever way possible. This moment is not a moment when a student would only sleep, see movies, gist, gossip, engage in immoral practices, stop researching for new knowledge, trying new inventions, and the like just because the world is on lockdown. Meanwhile, a reasonable learner would have the understanding based on the status quo and fact that even though everything seems on lockdown, one thing is not on lockdown, and that is the Internet and all its paraphernalia characteristics its capable of offering users such as learners.
In continuation of the above, learners should leverage on using the Internet to learn new concepts about anything as almost everything is on the Internet these days. A learner could try and read up academic concepts not clear before using the Internet and get it right. And economically speaking, even while at home, a learner should try and invest limited resources in learning different skills such as how to make use of sophisticated software like MS Word, Corel Draw, Photoshop, and others there are. With just elementary knowledge, a little creativeness, and using the same Internet’s social network to market the service in question, the learner could be earning at least sufficient resources. “Half a bread,” they say, “is better than no bread.”  The more a learner committedly learns any concept, the more such learner would understand how to manipulate the concept for whatever end. The worst thing ever would be that, at the end of the pandemic, the news that a learner could share the peers is that he or she learned nothing tangible.
Consequently, we all are learners whether you are an instructor or a student. In this dire time in which almost everybody is complaining, we should try and continue to yearn for new information. And information is power indeed, but it remains just dormant when the information is not into practice. We should all find a way around and make the best use of this time when we have to make use of social distancing to become closer to innovation and invention by considering the relevance of technology.