Sustaining Democracy in A Dwindling Economy 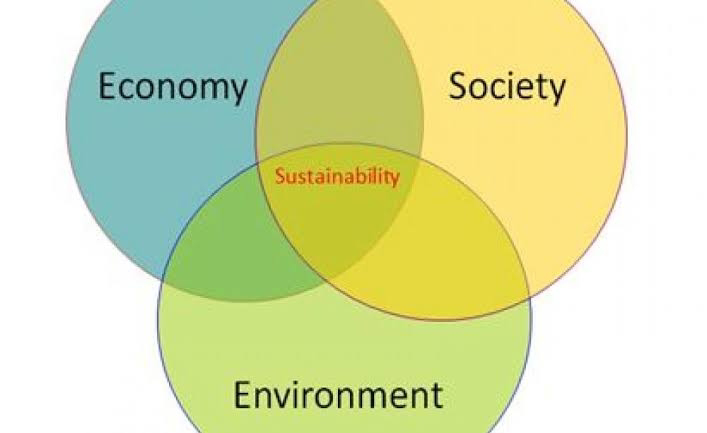 Ban Ki-Moon once said "Sustainable development is the pathway to the future we want for all. It offers a framework to generate economic growth, achieve social justice, exercise environmental stewardship, and strengthen governance."
Democracy, as defined in the Cambridge dictionary, is the belief in freedom and equality between people, or a system of government based on this belief, in which power is either held by elected representatives or directly by the people themselves. Democracy exists to provide a way for people to live and be together in a way that is beneficial to all.
As a bird can't fly with a wounded feather, so it is going to be disastrous for any country to sustain her democratic system of government in a dwindling economy. This is because democracy and economic development go hand in hand clarification of their correlation are irrefutable. In other words, democracy is tied with economic series of growth like levels of education and lifespan through the improvement of educational institutions as well as healthcare.
Democracy can not sustain in a dwindling economy because, for governance to go smoothly, it must have the revenue to manage its plans. People will request portfolios and this can't be run efficiently without revenue. Nigeria, her economy is a good example that has fallen in this menace. If her current expenditure has taken 70% in paying salary, now can 30% do the rest? And, if it goes like that; people will begin to lament that the serving government is not good enough. Imagine in a situation whereby, an Honourable member of House of Representative is expected to carry his constituency along and always be there for their quests, but when "water is more than yam flour", there is no way it can survive. Surprisingly, people will even expect him/her to be sharing money with every member of the constituency.
The dwindling economy in a democratic government will lead to nothing but political instability, that is, what is expected of government to realize will not be realized and with these, there will be no improvement in the governance and instead of new things to be planned, the reverse will be the case. On this note is what describes sustainability as a culture which is enough for everyone's needs but not everyone's greed; he, therefore, governs best he who governs least.
It is important to note that the root of the economy itself is seen as a proverbial round table conference for home management and with the media as the best mode of operation. Centrally, it is like a round peg fit for a round hole. However, there is a dictum that says: "sustainability does not fly near the sun." For an economy which would not only take care of today but more of care for tomorrow, it must not fly too near the sun, refraining from living on what it cannot sustain.
For instance, in the Nigerian context, our economy flies too near the sun by these following anomalies and absurdities: Feigning equal partnership with the advanced economy of Europe, USA and the tiger nations from where we imported 20 different goods at the proverbial border markets while we approach same with just one oil export commodity. We, the Nigerian governments and the governed fool ourselves thinking that we are on equal footing as we refer to ourselves as "Giant of Africa" when by this foolish act makes us over-dependent on other people's sweat. We run our economy too near the sun because anything artificial or gummy cannot stand the scorching sun. It is also like the case of the proverbial load carrier who spent his daily takings on imported bread, he is eating the scalps of his head without knowing it. Why is he not buying local foods which cost less and build his body better, health-wise and afford him the opportunity of saving a few coins for the raining day?
Our economy flies too near the sun by working ourselves into needless debts and wasting loans on white elephant projects which do not benefit the future generation. Failure to give priority to education in our policy and budget implementation is another way of flying our economy too near the sun.
In the final reckoning, without a robust economy to implement serving government, democracy is not sustainable. In this regard, we think Democracy can be survived from the dwindling economy by the following three basic principles:
Firstly, exploitation and conservation of natural resources, that is the use of natural resources to buttress its current source and utilizes in such a way that includes the consumption to achieve the principle of sustainability.
Secondly, the Integration of environment into our economy and its programs.
Lastly, the equitable use of the resources in a way to be of immense benefit to all and sundry. Democracy that encourages a level-playing ground would throw up the right leadership that regards stewardship as a platform for bringing benefits for the good of all and never for individualistic tendencies.
Our verdict, therefore, is that there is no way democratic governance can be sustained in a country where natural resources are neglected or only one of them is dependent on, where budget implementation is not done accordingly, and where citizens are politically immature and illiterate.
Sharan Leslie Burrow, former president of the Australian Council of Trade Unions, said in one of her quotes that "...no peace for the peoples of the world without the guarantees of sustainability." This entails that, today's status is a reflection of tomorrow.